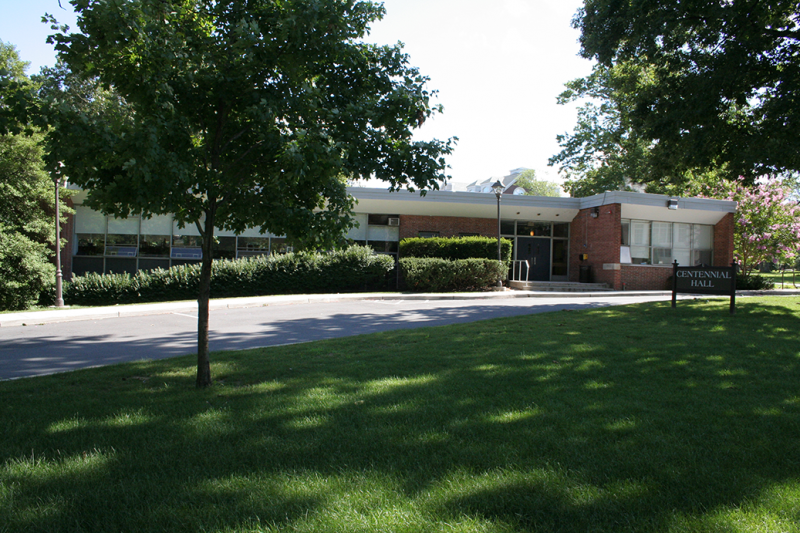 Centennial Hall first opened in 1955, and in 2009 went through a major renovation. Named for TCNJ’s 100th anniversary, the building is located between Lake Sylvia and the TCNJ library and features traditional doubles and singles with communal bathrooms. Centennial has only one bathroom on each floor, and therefore houses students on single-sex floors.

Centennial has some of the most spacious double rooms on campus with large, floor to ceiling windows and great views of Lake Sylva, the TCNJ library, or the inner grassy courtyard. Centennial has a number of lounges and communal spaces that can act as great spaces for individual and group study. In addition, a game room is located on the ground floor with a large flat screen television, pool table, arcade games, and kitchen.

Watch a video tour of Centennial!